Jane’s daughter is a good girl. What is she hiding?

When thirteen-year-old Savannah Hopkins doesn’t come straight home from school, as she always does, her mother Jane immediately raises the alarm.

Leading the investigation is Detective Natalie Ward whose daughter Leigh is the same age as Savannah. Soon Natalie’s worst fears are confirmed when the teenager’s broken body is found in nearby shrubland.

Evidence points towards a local recluse, but just as the net is closing around him, one of Savannah’s friends, Harriet, is reported missing.

As Natalie delves into the lives of both girls, she soon discovers a sinister video on their phones, daring the girls to disappear from their families for 48 hours.

But Natalie isn’t quick enough for this killer, and she is devastated to find Harriet’s body on a fly tip a day later.

Caught up in the case, she takes her eye off her own daughter and when Leigh goes missing after school she knows she must be in terrible danger. The clock is ticking for Natalie. Can she catch this killer before her little girl becomes the next victim?

This gripping rollercoaster of a read will have you up in the small hours turning the pages. Fans of Angela Marsons, Rachel Caine and Robert Dugoni will love The Dare.

As I always say, I love Carol Wyer’s dark side!

I’m a big fan of this author, and I can see how much she’s grown into the crime novels with each new book. They just keep getting better and better.

This is one hell of a clever story.

When children go missing it always makes me put myself in the situation. I imagine the worst, and in books the worst usually happens. So when Savannah didn’t come home from school I was fretting a bit. And I had good reason to, as the body is found not far from her home. When another girl, Harriet, went missing I had the shivers. Was there a link? There are a few suspects, and Natalie and her team trawl through CCTV trying to find both the girl’s and the suspect’s movements. There were some people bending the truth, some red herrings thrown in. I was suspicious of everything and everyone. There are people known to both victims. It gave me lots to think about, drawing my own conclusions and suspicions. Interviewing the suspects was extremely frustrating for Natalie, were they telling the truth or covering it up? When Natalie’s own daughter went missing I was worried sick. Could Natalie and her team uncover the truth before another life was lost, this time one very close to them.

A good time to start reading Carol Wyer’s books if you haven’t already, starting with The Birthday and then Last Lullaby. These DI Natalie Ward books are very good!

Well-paced and great writing. Extremely tense and a pleasure to read.

I look forward to the next one!

All my reviews are quite short and concise as I’m here to show off the book rather than my own writing ability.

Thanks to Carol Wyer, Bookouture, and NetGalley for the review copy in which I give my honest opinion.

Get your copy here:- 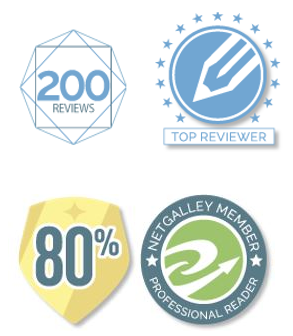